Why landlords are facing big changes that will protect tenants 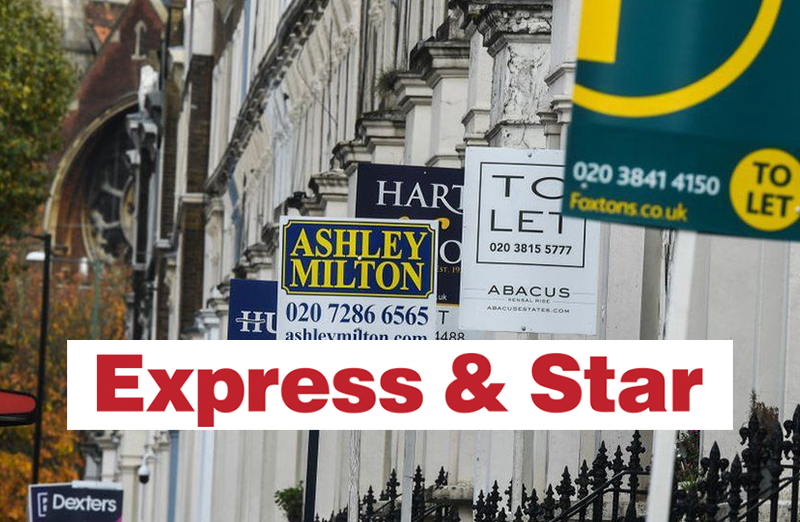 Read the article on Express & Star

“Plans to create a fairer private rented sector in England took a step forward with the publication of a Government White Paper last week.

They would also be saved the expense of having to move frequently from one rented home to another and it would be made illegal for landlords or agents to place blanket bans on renting to families with children or those in receipt of benefits.

Russell Griffin, who is the Midlands regional executive on the Propertymark board and also sits on the NAEA board, hopes the new measures will “help end the practices of bad landlords”.

“A significant proportion of private landlords provide a safe and comfortable home for their tenants. It is right that measures are introduced to end the practices of bad landlords,” he said.

But if ministers really do want to create a ‘fairer private rented sector’, they must carefully balance these reforms to ensure any interventions to achieve short-term objectives do not constrain the market in the longer-term.”

Read: A guide to mixed-use developments

“This increased demand comes as more owners of homes for rent are choosing to sell them. Our letting agent members tell us this is the result of a decade of tax and regulatory burden that simply does not incentivise investment, especially from single property landlords who make up 43 percent of the market.

Indeed, our most recent research reveals many of the rental properties sold over the past four years are not returning to the rental market.

Daljit Singh, chief executive and lawyer for Wolverhampton-based Dhami Accommodation said that he would be looking in detail at the implications for the business which has been involved in letting homes in the city since 1953.

Dhami has been a limited company since 2000 with its offices in Ednam Road and now lets out nearly 200 residential properties of all sizes.

“We are one of the biggest landlords in the area and aim to treat our tenants as family. Everyone needs a roof over their heads,” said Mr Singh.

There is a lot of hard work involved in being a landlord and we aim to be a good one.

There are some bad landlords out there but you can’t tar everyone with the same brush,” added Mr Singh, who said that he expected the private rented sector to boom with the current cost-of-living crisis.

“We will have to adjust to whatever the new measures throw up.”

He said the outlawing of “no fault” Section 21 evictions, which allow landlords to terminate tenancies without giving reasons, might be an issue for Dhami which had needed to utilise them in the past.

The Fairer Private Rented Sector White Paper marks a generational shift, according to the Government, which will redress the balance between landlords and the 4.4 million privately renting households across England.

The decent homes living standard will be extended to the private sector, meaning homes must be free from serious health and safety hazards, and landlords must keep homes in a good state of repair so renters have clean, appropriate and useable facilities.

A new Private Renters’ Ombudsman will be created to enable disputes between private renters and landlords to be settled quickly, and at a relatively low cost, without having to go to court.

Measures will also help responsible landlords to gain possession of their properties efficiently from anti-social tenants, the Government said.

A new property portal will help landlords to understand, and comply with, their responsibilities as well as giving councils and tenants the information they need to tackle rogue operators.

The measures will form part of the Renters Reform Bill, as announced in the Queen’s Speech, to be introduced in this parliamentary session.

David Hannah, group chairman at Midlands-based Cornerstone Tax, said: “I am in favour of rogue landlords being driven out of the markets, but there are also good landlords who have bad tenants that need to be considered. The most important thing is to balance tenant rights against tenant obligations and ensure that landlords keep some of their authority.

“There are cases in which properties have been damaged and tenants refuse to let their landlord inspect the home, or where rent has not been paid for a considerable period of time, for example. I welcome the recent change of the renting rules, and agree tenants need protection, but landlords ultimately need rights too.”

Research by specialist property lending experts, Octane Capital, estimates that the UK rental market could grow by a further 6.5 per cent by 2025, bringing the total number of privately rented dwellings to just shy of 5.8 million. Wales is expected to see the strongest growth, with the privately rented sector increasing in size by nine per cent.

Read: The simple guide on how to tell if you’ve overpaid Stamp Duty on a SSAS or SIPP pension

Since 2005 the West Midlands has seen the most growth, with the size of the sector increasing by 113 per cent. Wales at 86 per cent has also enjoyed some of the largest market growth nationally.

But in the last year both saw a one per cent fall in rented stock.

Chief executive of Octane Capital, Jonathan Samuels, said: “The performance of the private rental sector has been somewhat mixed of late, with growth stagnating in some regions, even declining in some cases.

“This is hardly surprising, with a raft of legislative changes designed to deter landlords from the private rented sector complemented by a severe drop in demand during the pandemic.

“Despite this, the market remains substantially larger than it was back in 2005 and looks set for a return to form over the coming years, growing in size across all but one area of Britain.”

Levelling Up and Housing Secretary Michael Gove said: “For too long many private renters have been at the mercy of unscrupulous landlords who fail to repair homes and let families live in damp, unsafe and cold properties, with the threat of unfair ‘no fault’ evictions orders hanging over them.

“Our new deal for renters will help to end this injustice by improving the rights and conditions for millions of renters as we level up across the country and deliver on the people’s priorities.”

While the majority of private rented homes are of good quality, offering safe, comfortable accommodation for families, the conditions of more than half a million properties pose an imminent risk to tenants’ health and safety, according to the Government.

Polly Neate, chief executive of Shelter, said: “The Renters Reform Bill is a game changer for England’s 11 million private renters. Scrapping unfair evictions will level the playing field. For the first time in a long time, tenants will be able to stand up to bad behaviour instead of living in fear.

“This White Paper promises people safety and security in their home, and it makes clear that landlords need to play by the rules. Gone will be the days of families being uprooted and children forced to move school after being slapped with a Section 21 no-fault eviction for no good reason.

“As these plans move through Parliament, they’ve got to keep their teeth to drive up standards and professionalise private renting. For every renter trapped in a never-ending nightmare of moving from one shoddy rental to the next, the Renters’ Reform Bill cannot come soon enough.”

Ben Beadle, chief executive of the National Residential Landlords Association, said: “Whilst headline commitments to strengthening possession grounds, speedier court processes and mediation are helpful, the detail to follow must retain the confidence of responsible landlords, as well as improving tenants’ rights.

“We will be analysing the Government’s plans carefully to ensure they meet this test. A failure to do so will exacerbate the housing crisis at a time when renters are struggling to find the homes they need.

“The eventual legislation needs to recognise that government actions have led to a shortage of supply in the sector at a time of record demand. It is causing landlords to leave the sector and driving up rents when people can least afford it.”