What does the new Stamp Duty Cut mean for homebuyers? 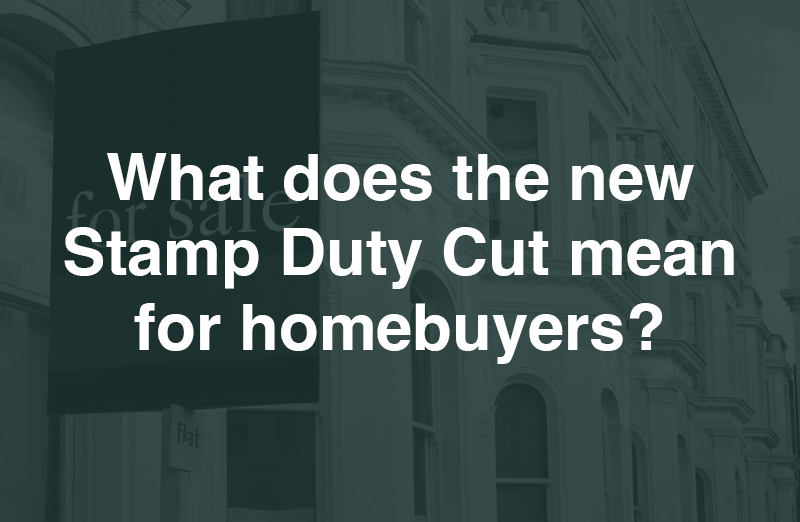 What does the Stamp Duty Cut mean for homebuyers?

Kwasi Kwarteng’s mini budget announcement today walked back a lot of changes announced under the previous administration, significantly lowering the tax burden for businesses and households alike in these challenging times. But his Stamp Duty cuts represent a more mixed picture for taxpayers in England and Northern Ireland, argues David Hannah.

First of all, everyone is getting a £2,500 discount on their Stamp Duty bill as of today. That feels like a net positive for buyers at least, and the surge in the market produced by the Holiday under Rishi Sunak’s tenure would suggest that it may well spell good news for sellers as well, at least in the short term. Arguably, in a market where the average house prices is around a quarter of a million pounds, a permanent rise in the zero tax banding for SDLT has been long overdue. However, it isn’t all good news.

Second homeowners are often thought of as wealthy or simply Landlords, but many families own second properties for a variety of reasons that can see them fall foul of the Higher Rate on Additional Dwellings, also known as the 3% surcharge. Parents buying a property for their children, holiday homes and many other possibilities exist which can trigger the charge.

Absent any changes to that charge (and none were indicated by the chancellor today) the announced changes mean that second homeowners are immediately hit with a £7,500 disadvantage in obtaining that second or subsequent residential property versus a ‘normal’ purchaser when buying at £250,000 and under – i.e. the price at which many BTL flats, student properties and first time homes aided by the Bank of Mum and Dad will be marketed.

While it may be currently fashionable to bash landlords, it may be worth bearing in mind that without them, many more people would currently find themselves living with family or ‘sofa surfing’ with friends. The housing market won’t magically alter overnight, prices won’t suddenly fall and wages seem unlikely to significantly rise, meaning that landlords and their rental properties will be needed for quite some time. This move does little to encourage existing landlords to stay in the game, and nothing to attract new investment in this area. As for other impacted demographics, well it feels a lot like we might head int multigenerational homes becoming the rule rather than the exception.

Mixed use property has been a contentious area in the past few years thanks to the tax benefits which may be conferred by the status. These changes effectively shift the ‘breakeven’ point for claiming the relief on occupied residential properties up to £965,000 purchase price. Mixed use, in other words, is being put further out of reach from the average homeowner and being reserved only for premium, high value properties. This feels like an awfully serendipitous circumstance for HMRC, who have been casting around for a ‘solution’ to what they see as the ‘problem’ of people claiming a legitimate relief, and it’s hard to imagine that this consequence wasn’t intended.

Those buying their first home actually find themselves, on paper, significantly advantaged by today’s announcement. With the zero rate threshold for their purchases raised to £425,000, they stand to make an effective maximum saving of £8,750 on their Stamp Duty liability.

However, first it must be borne in mind that the FTB exemption will continue to operate for couples only where both parties to the purchase neither own nor have ever owned any interest in property whatsoever, either in the UK or anywhere else in the world. This would include inherited property. This obviously somewhat limits the benefit of this change.

Secondly, though Stamp Duty is a significant factor in First Time Buyer considerations, given the average house price in the UK, and the average salary for the typical first time buyer age group, it’s difficult to imagine that a shift of this threshold from £300,000 to £425,000 will make a huge practical difference. With an average deposit of 10%, a FTB buying at £425,000 will need £12,500 more to lay down versus buying at £300,000. Moreover, mortgage lenders will still operate on basic income multiples, even with the removal of the further affordability requirements by the Bank of England.

Ultimately, all this adds up to a similar conclusion to Mixed Use Relief – the changes will disproportionately benefit the wealthier end of the FTB market, and are unlikely to have the extent of impact the big headline numbers may suggest.

Whereas reform to SDLT is welcome, especially when it acknowledges the current state of house prices, it feels like elements of the necessary changes are missing from today’s announcement. If there is to be a true response to the current state of the economy and the cost-of-living crisis, it will need to look to more effectively reform systems like Stamp Duty from the ground up, rather than tinkering around the edges. The Headlines produced might be eye-catching, but the long-term impact may prove lacking.