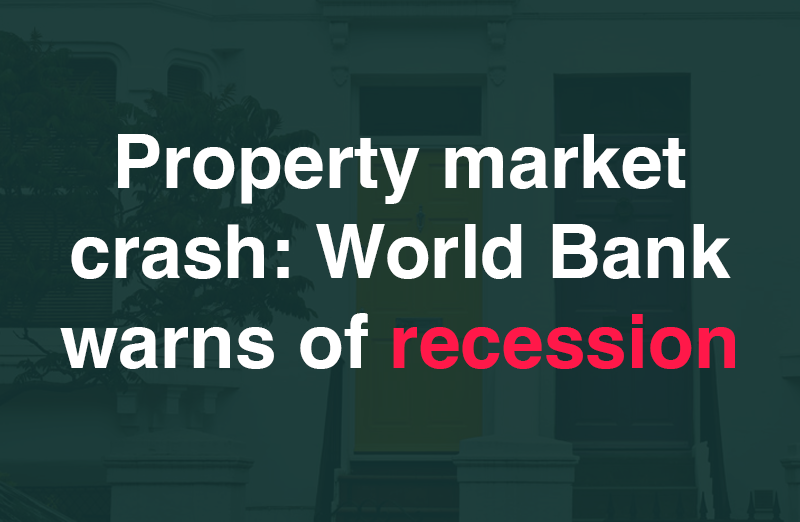 Welcome to Cornerstone Tax – The UK’s leading tax advisers, specialising in Stamp Duty Land Tax. We’ve reclaimed over £15 million in the last 12 months in overpaid Stamp Duty. Contact us to see if you are eligible for a refund from HMRC

Read the article on The Express

“Property prices have risen to astronomical heights, with average home prices continually breaching records and bringing misery to wannabe homeowners. But this could soon come to an end as a recession could be on the cards for the UK, creating speculation that housing prices could finally drop after two years of hyperactive growth.

The World Bank has warned of an incoming recession thanks to Russia’s war in Ukraine, and the UK is certainly not safe from the effects.

World Bank President David Malpass said: “The war in Ukraine, lockdowns in China, supply-chain disruptions, and the risk of stagflation are hampering growth. For many countries, a recession will be hard to avoid.”

The property market would be no outlier from such an economic event, as property buyers in the 2008 recession will remember well.

In 2008, desperate sellers had to slash thousands off their homes in order to sell, with some sellers dropping their prices as low as 40 percent of the value of the property two years before the financial crash. But could the same happen to the property market now?

Will there be a property market crash?

David Hannah, Group Chairman at Cornerstone Tax, said: “I don’t predict a property market crash in 2022. The surge in demand, even with rising interest rates, represents an adequate amount of liquidity, which is a good sign.”

Mr Hannah argues the UK’s current market is in much ruder health than the market prior to the 2008 crash, making it more adept at surviving another economic freewill.

He said: “The crash of 2008 happened because of a sudden loss of liquidity in the international banking market and we aren’t in that same situation again. We have had the pandemic, and substantial government spending because of it, which has increased interest rates.

But the question has got to be – will the global lending system be able to maintain the liquidity that it lost in 2008? I think the answer is yes it will. We are certainly not going to see, as some people have predicted, 20, 30 or 50 percent falls in UK housing.”

Mr Hannah believes spending power is unlikely to decrease like in did in the 2008 financial crash, so even with issues like the cost of living crisis and rising interest rates, there is little chance of values making a notable downturn.

He continued: “If we look at what has been going on – house price growth, retail inflation, energy costs surging, that’s going to put pressure on employers to raise wages. I believe wages will rise, meaning real spending power will not actually decrease.

What does this mean for borrowers?

“The debt is being eroded by inflation, whereas the value of the asset (the house) is actually going up in line or ahead of inflation. It’s a way to make real returns. But even with the market in great shape with high prices and demand, there are still some hurdles that could cause stagnation or even a drop in price growth.

Mr Hannah explained: “The problem we do have is the rate of demand and supply. If builders are building and they’re over supplying, it will soften the increase and the appreciation in asset value.

“But, if the number of people wanting to buy houses continue to exceed the supply, then those prices are going to rise.

We have an open market in the UK which means not only are domestic purchasers and investors looking to buy but we have inbound investors.

We also have quite a number of people relocating to the UK. Overall, I expect demand for UK housing to continue to outstrip supply – pushing price increases ahead of inflation and provided wages are increased, the affordability of housing will stay in lockstep.”