MPs unclear about the future of Stamp Duty on UK property 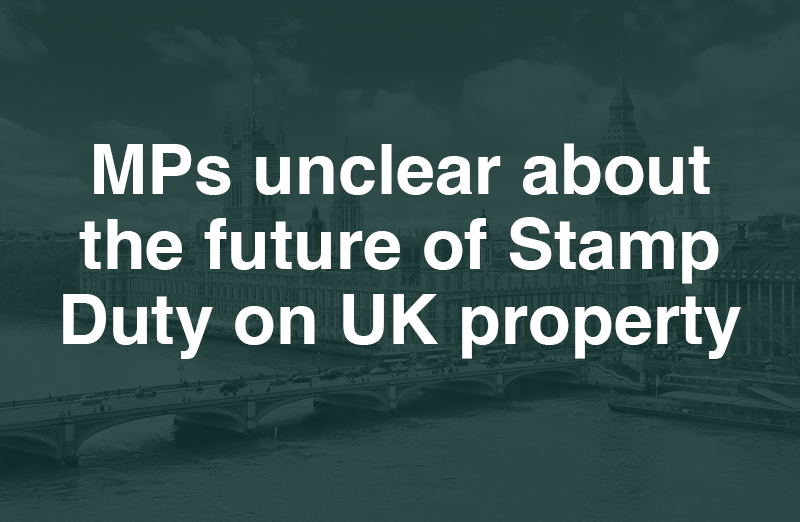 In possibly one of the least headline-drawing debates, MPs in the House of Commons worked through the finer points of the Stamp Duty Land Tax (Reduction) Bill and it made for some fascinating insights into the range of views on the matter of SDLT in general.

The Bill’s main purpose is to enshrine into statute the changes made to SDLT in Kwasi Kwarteng’s now infamous mini-budget under the brief Prime Ministerial tenure of Liz Truss, one of the few things left to stand by Kwarteng’s replacement Jeremy Hunt. But what might seem like a straightforward enough task has actually provoked much debate among our elected politicians, with no real consensus among even the governing party.

The first bone of contention is the length of time the changes should last. It is the will of the Chancellor that these alterations to the SDLT thresholds be temporary, and the proposed date for them to end in the original draft bill was the 31st March 2025.

Christopher Chope, Conservative MP, tabled an amendment to push this date back to the 31st March 2028, though in the course of the debate advanced the opinion that the government should consider abolishing the tax altogether. If one MP can’t even decide exactly what his position is in the course of one debate on the matter, how are any others to stand a chance?

The Shadow Exchequer Secretary Abena Oppong-Asare predictably said the measures did not go far enough, arguing that they failed to offset, in the savings given, the massive increases in the cost of mortgage finance thanks to the current volatile economic conditions. Tim Farron chipped in to agree that the proposal ‘meets the needs of a very small number of people.’

Back on the Tory side of the house, yet more dissent was to be heard from Craig Mackinlay, who argued that SDLT ‘disincentivises’ retirees from downsizing to smaller properties and ‘stops labour mobility’.

Anthony Browne meanwhile pointed to suggestions from think tanks that would see tax ‘ramped up’ on investment property buyers and second home owners and cutting the burden on homebuyers, effectively scrapping SDLT for those buying a home to live in altogether in a way that would be cost neutral to the Treasury.

This last may seem particularly striking to Landlords and their tenants, considering that any increase in costs to the former would inevitably lead to raised rents for the latter. Indeed, responding for the government, Financial Secretary Victoria Atkins made this very point, as she explained that the government had been forced to make ‘difficult decisions’ to ensure a ‘fiscally responsible’ approach.

Read: 5 ways you can save thousands on your Stamp Duty bill

The fact remains that until the changes made in the mini budget back in September 2022 are codified into law, there will remain uncertainty in the minds of homebuyers as to what their liability may be, and as long as that uncertainty persists, the market will suffer.

With the MPs debating the very bill intended to do just that so fundamentally split as to what exactly the best way forward on SDLT may be, it’s clear there is little hope for a sensible, rational and straightforward reform of the SDLT system as it stands any time in the immediate future.