Tenants under 30 risk being “stuck” renting for years 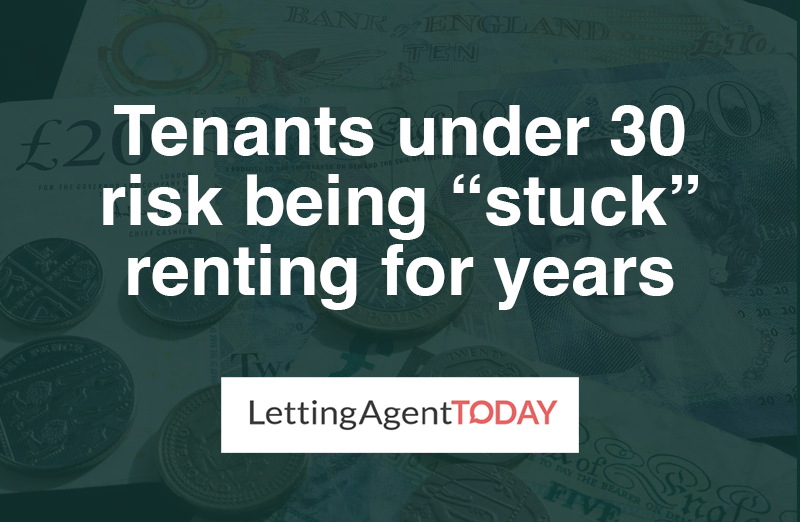 “A tax expert says the current economic climate has made it so hard to save for a deposit that many tenants aged under 30 risk being stuck in rental accommodation for years.

David Hannah of Cornerstone Tax says the poor outlook for younger tenants “has been exacerbated due to the fact that landlords have had to increase rents as a result of their mortgage repayments shooting up.” And he says the knock-on effect of this is also that some landlords have even decided to exit the market, putting further strain on supply and demand issues that were already present.

“For first-time buyers – we saw record rises in house prices last year which made the market increasingly difficult to enter. Now, even though the average cost of a property is falling, the increase in mortgage rates and the decrease in the availability of mortgages are significant problems. Cutting inflation and therefore reducing interest rates would clearly be a welcomed change for everyone in the UK’s housing market, whether they’re renting or already on the property ladder.” Hannah believes a critical objective of the government must be to cut inflation.

In a statement, he adds: “The news of the government’s ambition to cut inflation would be a welcome change for Britain’s housing market as it has already had a damming effect on renters, landlords, and first-time buyers. The OBR’s forecast on mortgage interest rates predicts highs of 5.0 percent in the second half of 2024 with a slight fall in average rates to 4.6 percent in 2028.

“As Inflation rose in the UK in 2022 and early 2023, mortgage rates have dramatically increased, which has led to many first-time buyers being deterred from the market. According to the Yorkshire Building Society, the number of new buyers fell 9.0 percent year-on-year, dropping to 370,287 in 2022 from a 20-year high of more than 400,000 a year earlier.“

The increase has meant that many planning on getting on the housing ladder who require a mortgage can now not afford to due to the rise in interest rates.”Hannah says that if the government successfully cuts the inflation rate, it could have an overwhelmingly positive effect on the UK housing market.

Read: 5 ways you can save on Stamp Duty Land Tax

“The trend of a max exodus of landlords in Q4 of 2022 could be reversed as the costs associated with running a buy-to-let property are reduced. This could mean an increase in the number of rental properties available, squashing the strained demand for rental properties we saw in Q4 of 2022, which rose by 3.8 percent from 2021 according to the ONS, and potentially make rents cheaper as landlord’s mortgages decrease.”